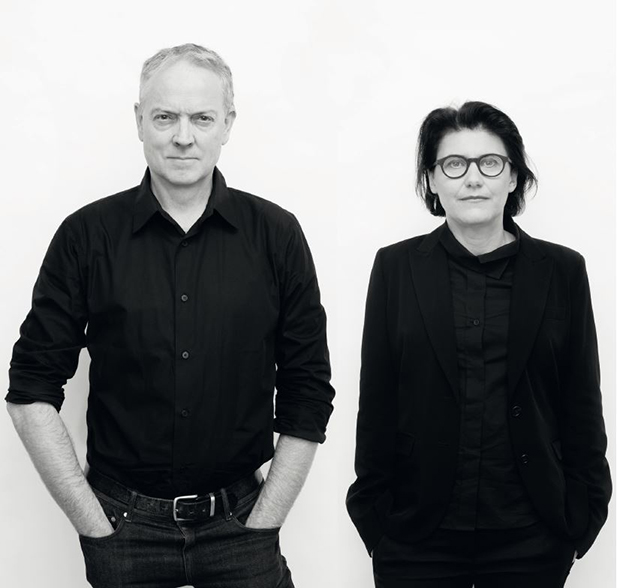 JAKOB+MACFARLANE architecture|urbanism|design|research is a multidisciplinary and multicultural architecture agency based in Paris, France.

Since its first projects, Jakob + MacFarlane architects has been oriented as an experimental laboratory in architecture focused on environmental transition and digital culture. The agency's interest in programmatic and urban social innovations where the passion for construction and innovation is manifested in projects such as the Orange Cube in Lyon and the Frac Centre in Orléans among a few examples. The agency is involved in a research on links with the technicality, the materiality of each project to anchor each of them in their temporal relationship and site.

Their main projects include the Restaurant Georges Pompidou Centre (2000), the reconstruction of the theater of Pont-Audemer in Normandy (2001), the library Florence Loewy Books by Artists in Paris (2001 ), Ricard Foundation for contemporary Art (2007) and Docks - City of Fashion and Design, 100 housing Herold in Paris (2008), the Orange Cube and RBC showroom in Lyon in 2010, the FRAC Centre in Orléans (2013) and Euronews global headquarters of the European information TV channel in Lyon (2014). Recent projects are a 50-meter multi-program tower of municipal and childhood equipment with social housing "Community House" in the city center of Knokke-Heist in Belgium, the school of architecture and urbanism (FA+U) of the city of Mons in Belgium, a set of cinemas in Pont-Audemer, housing and equipment buildings in La Rochelle and Montpellier, the "FRAC arthothèque du Limousin" in Limoges and the digital arts and culture center "Trinum" at Lomme-Lille. Jakob + MacFarlane has been invited to participate in selected international competitions such as the New Contemporary Art Museum in Liège, Belgium, the International Competition for the Taipei Performing Arts Center in Taipei, Taiwan and the Mumbai Memorial Competition site in Mumbai, India. They are regularly invited to participate in conferences and juries in prestigious institutions such as the Architectural Association of London, the Centre Georges Pompidou or the Monterey Design Conference...